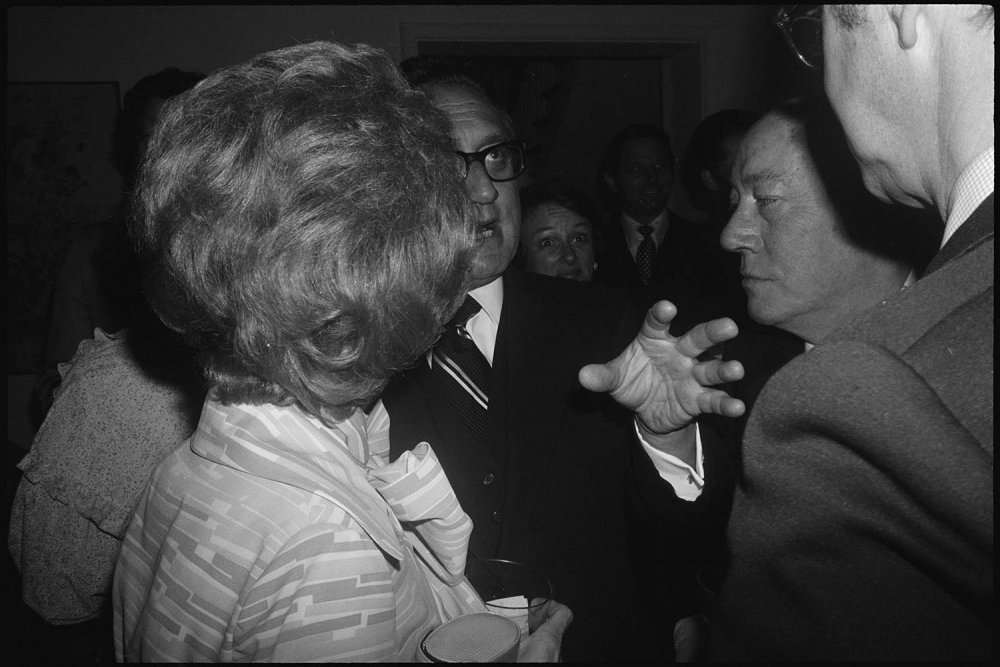 More than 150 photographs by the writer are going on view at Vito Schnabel Projects in New York.

A heady, drug-fueled night at Studio 54. A star-studded dinner at Mr. Chow’s in Los Angeles. Jimmy Carter’s presidential inauguration. What do these events have in common? Bob Colacello, the longtime editor of Interview magazine and right-hand-man to Andy Warhol, attended all of them. And he captured them in photographs that only a man with friends in high places would have been able to take.

Colacello—who, for those born after 1990, is basically the Derek Blasberg of the ’70s, capturing snapshots of high society well before Instagram—describes his foray into photography as an afterthought. (He happened to be in Andy Warhol’s star-studded orbit, so why not?) But what may have been a footnote is turning into a headline with a new show at the New York-based Vito Schnabel Projects. Titled “Pictures From Another Time: Photographs by Bob Colacello 1976–1982,” the exhibition, which opens May 3, features more than 150 rarely- or never-before-seen images that Colacello captured with his “spy camera,” a Minox 35 EL that was small enough to fit inside his jacket pocket.

Colacello got his start writing film reviews for Interview when he was still a college student, and spent the better part of the next two decades working closely with Warhol while running the magazine, a chapter cataloged in his frank 1990 memoir Holy Terror: Andy Warhol Close Up. As a journalist, Colacello knew the importance of blending into the background, so you’d be forgiven for missing his face among the politicians, drag queens, and socialites that flocked to the so-called Pope of Pop.

“What makes my photos different from Andy’s is that mine are really more candid,” Colacello told artnet News. “When people saw Andy, they’d tend to strike a pose. With me, they didn’t even realize I was taking a picture.” One of his favorite images is of Henry Kissinger holding court in DC—you can only see about half the people in the frame because a huge pouf of hair obscures the view. “I like when hands are blocking people’s faces,” he says. “I always wanted it to feel like what a party actually felt like… people didn’t stand two by two in perfect formation waiting to be photographed by paparazzi.” The result is a visual diary of sorts, documenting trips to Valentino’s chalet in Gstaad, where Colacello caught the “doyenne of Parisian society, Marie-Hélène de Rothschild, laughing uproariously as if she were Joan Rivers.” There’s also Cher kissing Gregg Allman at the inauguration fête for Jimmy Carter and a close-up shot of John Paul Getty III (well after the kidnapping debacle) mid-bite at Mr. Chow’s. “I always joked that I never had to social climb,” Colacello laughed. “I got dropped on Mount Olympus from Andy’s helicopter!”

Pictures From Another Time: Photographs by Bob Colacello 1976–1982 is on view May 3–June 21 at Vito Schnabel Projects, New York.